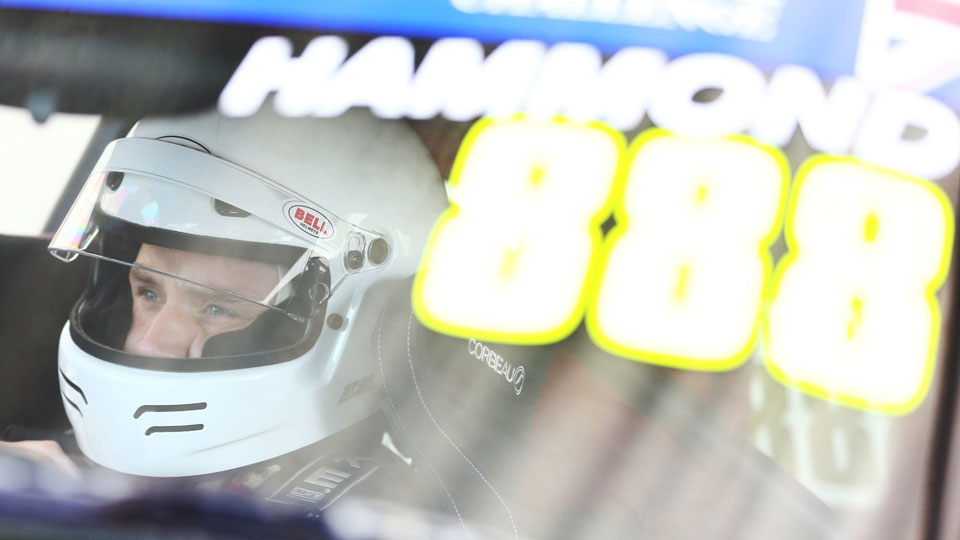 Matt Hammond has extended his lead at the head of the Quaife MINI CHALLENGE Trophy standings after wrapping up his third win of the season in the opening race of the weekend at Brands Hatch.

Hammond put his EXCELR8 Motorsport-run car on pole in qualifying earlier in the day, edging out Louie Capozzoli on the times by just 0.020s as he picked up the additional bonus points on offer for setting the quickest lap.

When the lights went out on the opening 15 minute long race, Hammond was able to keep the lead from Capozzoli on the run up to Paddock Hill Bend, with Charlie Mann able to retain third spot for Mann Motorsport despite the best efforts of Morgan Wroot – who arguably made the best start of the top four drivers.

Behind, defending champion Harry Nunn was able to make up a spot to run in fifth ahead of local driver Ricky Page, who made up five spots on the opening lap to find himself in sixth spot.

Joe Wiggin was another driver to make solid progress from the off, going from 13th into the top ten in his LDR-run car, but Thruxton winner Alex Solley found himself going the other way with a trip across the grass seeing him slip down outside the top ten.

At the front, Hammond and Capozzoli quickly started to build a gap over Mann behind, with Nunn managing to find a way through into fourth spot ahead of Wroot.

The following laps would see the trio running together in the fight for third spot as the two leaders continued to edge away, with Mann placing his car in the ideal position lap-after-lap to prevent Nunn from finding a way ahead.

On lap six however, Nunn managed to get a better run through Paddock Hill Bend and dived to the inside going up into Druids to slide through into third spot.

Ahead, Hammond and Capozzoli were trading fastest laps and the youngster looked to be drawing closer to the leader when the race went under caution to recover the car of Adrian Norman from the gravel on the outside of Clearways.

That also allowed Nunn to close up the leader pair and set up the prospect of a fascinating battle for victory through the final two minutes once Norman’s car was recovered and the race got back underway.

However, before the race could get properly back underway, a three-car clash involving LDR’s Brendan Fitzgerald and EXCELR8 pair Josh Porter and Jonathan Sargeant at Paddock Hill Bend saw the race red-flagged and the result called as at the end of lap eleven.

That meant Hammond secured the race win – making it three race wins in three meetings for the former champion.

“I think Louie could have had a go as he was closing in before the safety car came out,” Hammond admitted. “It’s a shame that the race ended like that as it would have been a great battle, but I’m delighted to pick up another P1. I like Brands Hatch; I’ve always gone well here!”

Second spot for Capozzoli – a result he admitted was ‘for the team more than for me’ – allowed him to secure his first podium finish of the season, with the bonus points for setting the fastest lap ensuring that he picked up a good haul of points from the race.

Nunn meanwhile rounded out the podium places, although he was left to wonder what might have been if the race had been able to run to its allotted time.

“I thought the safety car had given us a chance to go for the win, but it wasn’t to be,” he said. “The car was strong and we showed good pace, and P3 is still a good result.”

Behind Nunn, Mann and Wroot took fourth and fifth spot, with sixth going to Wiggin after he continued with the forward progress he had made on lap one. A fine move on Page would see him secure his finishing position, with Alfie Glenie and Nelson King following him through when Page was forced off-line to complete the top eight.

It left Page to settle for ninth, with Alex Jay rounding out the top ten for Misty Racing.

Solley would end up down in 13th after his lap one excursion, a place behind Dominic Wheatley after the man who started the day second in the points found himself unable to make much progress from 16th on the grid.

That means Hammond has extended his advantage to more than 30 points after dropped scores going into race two.