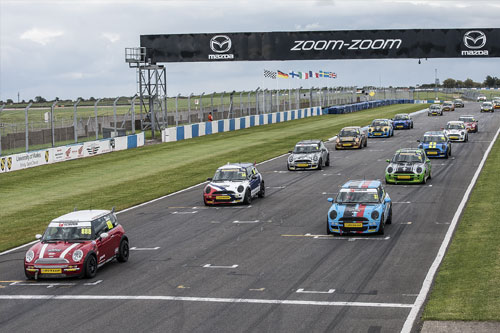 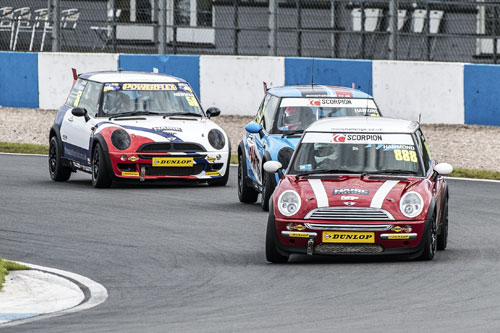 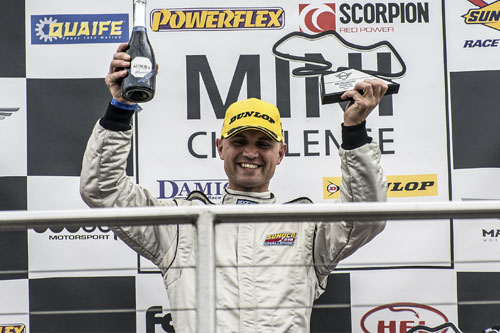 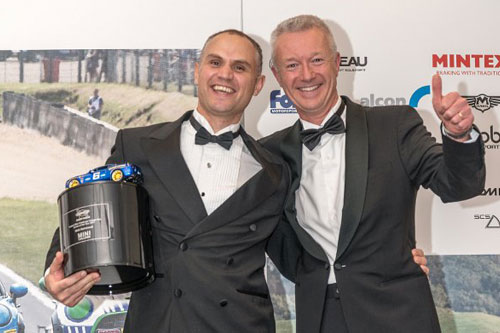 This season had a bit of everything, ups, downs shocks and surprises.

The first shock was a downer as in the very first race of the season, fighting for the lead, my water pump failed and caused the car to go up in a cloud of steam after lap 3 at Snetterton.

By Race 3, I was up to second place and, with an overtake that took 3 corners, finished in first place – my first ever race victory.

Silverstone was next up and produced some stunning racing, qualifying second and gaining 3 second places and 3 fastest laps to boot another up for the season.

Rockingham was another downer that had a couple of surprises when I had both no brakes in qualifying then went on to win Race 3.

Moving on to what has to fast becoming my favourite track – Brands Hatch. This was probably the best I have driven ever and 3 wins, 2 fastest laps, helped propel me up the driver standings – not to mention the 7 second lead I pulled over the rest of the field in Race 3.

On to Oulton and a bit of a shock after the success of Brands, some aggressive competitor driving hampered any more wins and resulted in my second DNF of the season.

With the car repaired and looking better than ever, the MINI Challenge moved to another of my favourite tracks – Donington Park. I love this track and was flying – 2 wins from 2 races and a pole position with one, again the car and me going well even if I did put the car into the barrier in practice.

Back to Snetterton and the last round of the season – a little weird this one – I had to stay on track to win the championship. Do I back off or do I go for it – to be honest I did a bit of both and because of that I only made the podium once but it was enough to take the MINI Challenge Cooper Pro Class Win.